The five artists below bring a breath of fresh air to the art world. Each artist has a unique style and all of their works are thought provoking, sometimes even pushing the viewers comfort level. The artists, which are all people of color, share overlapping themes such as social commentary regarding gender, race, subcultures, or heritage. You won’t regret going to these exhibitions!

Kehinde Whiley’s large scale portraits are full of vibrancy, life, and social commentary regarding race, gender, and identity politics. In Kehinde Wiley: A New Republic Wiley juxtaposes African American women and men wearing attire associated with the hip-hop movement such as baseball caps and hoodies and position them in poses that are popular in traditional European portraiture. The backgrounds are ornate, some with stained glass others with beautifully and whimsically painted plants or patterns. The dichotomy presented within the portraits creates historical and cultural narratives while pushing the concept identity politics to the audience. Kehinde Wiley: A New Republic is on display until May 24, 2015 at the Brooklyn Museum.

Basquiat: The Unknown Notebooks exhibition organized by the Brooklyn Museum is a rare glimpse into the intimate thoughts of Brooklyn-born artist Jean-Michel Basquiat. The exhibit displays over 150 notebook pages from Basquiat’s personal journals and it will be the first time that these pages will be on display. Within these rare pages you will see Basquiats interest in the counterculture of graffiti and hip-hop in New York City in the 1980’s, along with never released poetry, sketches, and social observations. Early renderings of Basquiat’s iconic imagery are also on display. As the viewer progresses through the exhibit, the viewer can see Basquait’s thought process as it’s growing, expanding, and honing in on details which ultimately became part of Basquait’s most well-known large-scale paintings. Basquiat: The Unknown Notebooks is on display now until August 23, 2015, if you’re a fan of thought provoking and often dark art that pushes the viewer’s comfort level, this is definitely an exhibition you cannot miss!

Much like Basquiat, Trenton Doyle Hancock’s work is influenced by a unique blend of the appreciation for the history of painting and the in-your-face imagery of pop culture. Trenton Doyle Hancock: Skin and Bones, 20 Years of Drawing is full of color, detail, and the keen sense of humor Hancock is known for. The first of its kind, this exhibition is an in-depth examination of Hancock’s drawings, collages, and works on paper. Within the exhibit, one can see Hancock constructing a narrative within his paintings and drawings, he is inspired by and reinterprets biblical stories he learned as a child and places them on the canvas with a stark contrast between bright colors in the background and drawings of grotesque creatures’ void of color yet full of detail in the forefront. Hancock’s work can create a feeling of discomfort within the viewer. Trenton Doyle Hancock: Skin and Bones, 20 Years of Drawing is on display now until June 28, 2015 at the Studio Museum.

The daring and vocal artist and activist, Yoko Ono will have her first MoMA solo exhibition this upcoming May. The exhibition, Yoko Ono: One Woman Show, 1960-1971 will focus on her early years up to 1971 when Ono made her unofficial MoMA debut. Late 1971 Ono advertised her one woman show, Museum of [F]art, when the audience arrived to the MoMA, they read a sign left by Ono inviting them to walk around the museum grounds and attempt to find and follow flies that she has released in the museum.  Now over 40 years later, the audience is invited to explore Ono’s works which includes Conceptual art, experimental film, and performance art. Within Ono’s art the audience can see the artist confront issues of gender, class, and cultural identity sometimes discreetly placed within the bigger picture and often in provocative pieces such as her film Cut Piece (1964). Yoko Ono: One Woman Show, 1960-1971 will be on display May 17 – September 7, 2015 at the Museum of Modern Art. 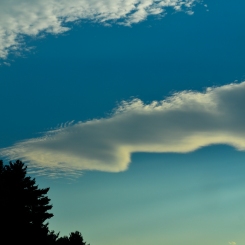 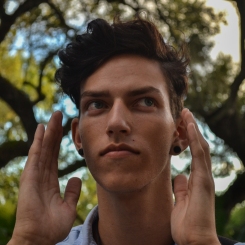